There are problems some GE oven burner users face. It may be that your burner isn’t working or it just won’t turn off. In this article, we will look at these problems an how to fix them.

GE Oven Burners Not Working — How To Fix

There are three possible reasons why your GE oven burner isn’t working. They are, loose connection, clogged burner, or faulty igniter. Below, we show you what to do about each issue.

Step 2: Lift off the burner cap.

Step 3: Take out the screws which secure the burner base. Note that your oven model may not have screws.

Step 4: After taking out the screws, remove the burner base.

Step 5: Dip a sponge into some soapy water then wring it out.

Step 6: Use the sponge to scrub the surrounding area of the burner.

Step 8: Pour some warm water and soap into a bowl.

Step 9: Place the burner base in the water and scrub with a toothbrush.

Step 10: Using a needle, pick out any food bits in the hole of the burner.

Step 11: Return the burner base, cap, and grate.

If your GE oven burner doesn’t work after checking for loose connections and a clogged burner, the igniter is probably faulty. To replace a GE oven burner igniter, do the following…

Step 2: Remove the grate from the faulty burner.

Step 3: Remove the cap and the burner itself.

Step 4: Using a putty knife, carefully pry off the igniter.

Step 5: Disconnect the wire from the igniter using a pair of needle nose pliers. Do not let the wire fall back into the hole.

Step 6: Get a new igniter and connect the wire to it.

Step 8: Return the burner and cap.

Step 9: Return the grate as well.

The video below will walk you through the process of replacing a GE oven burner igniter.

GE Oven Will Not Turn On [Easy Fix]

GE Oven Will Not Turn Off [How To Fix]

GE Oven Burner Light Stays On — How To Fix

Step 3: Turn the oven around and take out the screws which hold the upper back panel in place.

Step 4: Remove the upper back panel.

Step 5: Take out the two screws at the front of the control panel where you pulled out the burner knob. This will release the infinite switch.

Step 7: Disconnect the wires from the old infinite switch and connect them to the new one.

Step 8: Position the new infinite switch and hold it in place using the two screws.

Step 9: Return the upper back panel and secure it with the screws.

Step 10: Push the oven burner control knob back in.

The video below will walk you through the process of replace the infinite control switch in a GE oven. 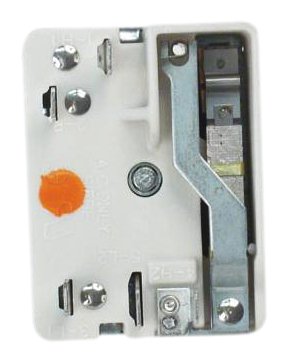