To turn off Samsung oven demo mode, follow these steps…

Step 1: Turn on the oven and press the “More” button. The “More”  button has three lines going horizontally.

Step 2: Hold the button down for 3 seconds.

Step 4: Push the knob in to confirm.

Samsung Oven Turn Off Self Clean

To turn off the self clean feature mid cycle, follow the steps listed below…

Step 2: Leave the breaker off for at least 5 minutes.

Step 3: After 5 minutes, turn the circuit breaker back on.

To turn off your Samsung oven probe, follow the steps below…

Step 1: Turn the oven off and unplug the power cord from the outlet.

Step 3: Plug the power cord back in after 10 minutes.

To turn off the beep coming from your oven, press the “Sound on/off” button on the oven’s control panel. If this doesn’t work for your oven, follow these steps…

Step 1: Turn the oven on and press “Options”.

Step 4: Press “Start/Set” to save your selection.

If this method also doesn’t work on your oven, follow these steps…

Step 2: Hold down “Oven light” and “0” simultaneously for 3 seconds.

Step 4: Press “Start/Set” to save the settings.

For other models, hold down the “Clock” and “Timer” buttons for three seconds. Some require you to hold down the “Bake” and up arrow down for 3 seconds. While others need you to press the “Settings” button then select “Sabbath on/off”

To turn off the WIFI on your Samsung oven, follow the steps below…

Step 1: Hold down the “Broil” and “9” buttons down simultaneously for three seconds.

If the fan of your Samsung oven keeps running when you turn the oven off, it’s normal. After cooking, the oven fan turns on to cool the oven and prevent it from overheating. The oven will turn off by itself once the oven has cooled down.

Samsung Oven Light Won’t Turn Off — How To Fix

If your Samsung oven light won’t turn off, there a few possible reasons. Below we have listed them.

Step 3: On the door hinges, there will be some clips. Flip the clips forward using a flat head screwdriver.

Step 4: Close the door till it can’t go any further.

Step 5: Lift the oven door off and set it on a towel lined surface.

Step 6: Take out the screws at the top of the oven door.

Step 7: Take out the other screws at the bottom of the door.

Step 8: Separate the inner door assembly from the outer one.

Step 9: Remove the screws which secure the door hinges to the inner door panel.

Step 10: Remove the door hinges and get new ones.

Step 11: Position the door hinges back on the inner door assembly.

Step 12: Hold them in place with the screws.

Step 13: Return the inner door assembly to the outer one.

Step 14: Secure them with the screws at the top and the other ones at the bottom.

Step 15: Lift the oven door and position the hinges back into the slots in the oven.

Step 16: Lower the door and flip the hinge clips back.

The video below will give you a visual of how to replace the door hinges of your Samsung oven. 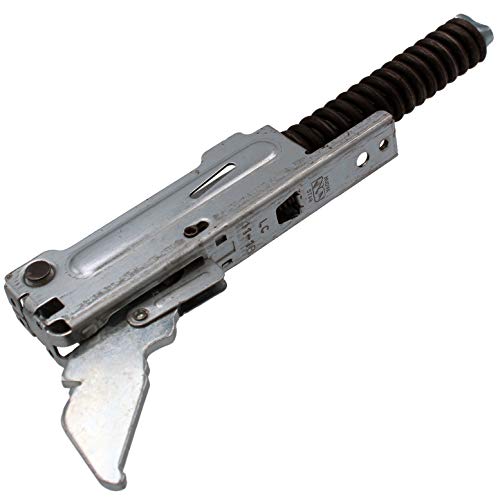 Step 2: Open the oven door and pull out the ends of the gasket from the holes.

Step 3: Pull each of the gasket clips away from the oven to release the gasket.

Step 4: If any of the clips get stuck in the oven, use a pair of pliers to pull them out.

Step 5: Get a new door gasket.

Step 6: Insert the metal clips of the door gasket into the holes in the oven.

Step 8: Plug the oven back in.

The video below will show you how to replace the door gasket of your Samsung oven. 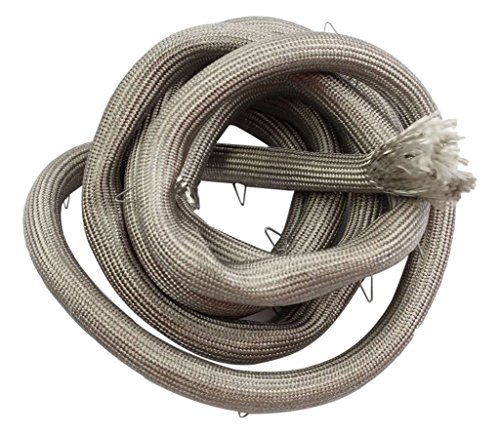 If your oven door closes well but the light still doesn’t turn off, the touchpad or control board could be faulty. Read this article to learn how to replace these components of a Samsung oven.

How Does A Samsung Oven Work? [Detailed Guide]

How To Connect A Samsung Range [Detailed Guide]

How To Turn On A Samsung Oven [Plus Issues Solved]

How To Use A Samsung Oven [Detailed Guide]

Samsung Oven Turns Off By Itself — How To Fix

If your Samsung oven turns off by itself, keep reading to know the possible causes and how to fix them.

To test and replace the temperature sensor in a Samsung oven, follow the steps listed below…

Step 1: Turn the oven off and unplug it from the outlet.

Step 2: Open the oven door and take out the racks.

Step 3: On the back wall of the oven, you will see the temperature sensor held by two screws. Take out the two screws which secure the sensor.

Step 4: Carefully pull out the sensor from the oven and disconnect its wire plug.

Step 5: Get a multimeter and set it to ohms.

Step 6: Test the temperature sensor using the multimeter. The reading should be around 1080 ohms. If the reading is a lot higher or lower than that, you should replace the sensor.

Step 8: Connect the wire plug to the sensor.

Step 9: Push the sensor back into the hole and secure it using the two screws.

Step 10: Return the racks to the oven.

Step 12: Plug the oven’s power cord back into the outlet.

Watch the video below for a visual of how to replace the temperature sensor in a Samsung oven. 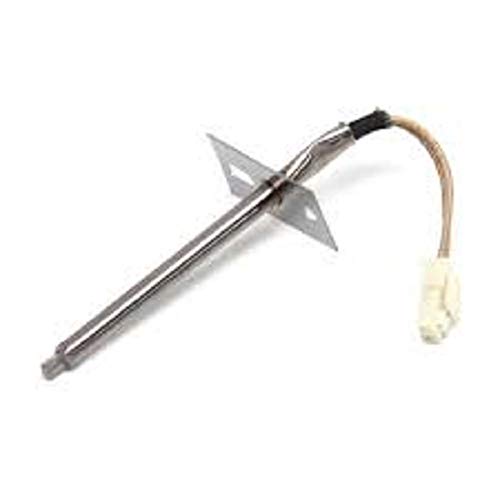 If the fan in your oven doesn’t blow, it could cause the oven to overheat and shut off by itself. In this article, we show you how to replace your Samsung oven’s fan motor.

Samsung Stove Turns Off By Itself — How To Fix

Step 1: Pull the oven away from the wall and disconnect its power cord.

Step 2: Take out the screws which hold the upper and lower back panel of the oven in place.

Step 3: Remove the upper and lower back panel.

Step 4: On the left side of the oven, you will see a wire held down by a screw. Take out the screw which secures the grounding wire.

Step 5: Disconnect the wire harness connected to the control assembly at the left.

Step 6: Remove the retainer around the wire.

Step 7: Push the grounding wire and the other wire into the opening at the left. The surrounding area is sharp so be careful.

Step 8: Disconnect the other wire harnesses at the right side of the oven and push them into the opening as well.

Step 9: Go to the front of the oven and open the door.

Step 10: Take out the three screws on the bottom lip of the cooktop.

Step 11: Lift the cooktop and remove it.

Step 12: Set the cooktop front down on a towel lined surface.

Step 13: Disconnect the wires from the faulty element. Make sure to note where each one goes.

Step 14: Take out the screws which secure the element to the bracket.

Step 15: Release the tabs securing the element then take it out.

Step 16: Get a new element and insert the tabs into the bracket.

Step 17: Return the screws which secure the element.

Step 18: Reconnect the wires to the element.

Step 19: Lift the cooktop and reposition it on the oven.

Step 20: Push the wire connectors at the back of the cooktop through the opening in the oven.

Step 21: Secure the cooktop with the three screws.

Step 23: Go to the back of the oven and reconnect the wire harnesses at the right.

Step 24: Connect the other wire harness at the left.

Step 25: Screw the grounding wire back.

Step 26: Reposition the top and bottom back panels.

Step 27: Secure them with the screws.

Step 28: Plug the oven in and push it back to the wall.

The video below will show you how to replace the element of your Samsung stove.

Does Samsung Oven Turn Off After Cook Time?

Samsung Oven Shuts Off When Door Opens — Cause

During convection mode, the oven fan shuts off when it senses the door open. This is just to stop the heat from the oven blowing in the surrounding area.

How To Turn Off A Samsung Oven Light Bulb

To turn off the light of your Samsung oven, simply press the “Oven light on/off” button.

Samsung Oven Child Lock — How To Turn Off

To turn off child lock on your Samsung oven, hold down the “Clear/Off” button down for three seconds.