No one likes a half cooked dish. So if your LG oven is not cooking evenly, keep reading to know why and how to fix it.

LG Is Not Cooking Evenly  — Causes And Solutions

If your LG oven cooks unevenly, there is more than one possible reason. We have listed each one and the solution below…

If your LG oven is an electric one and it doesn’t cook evenly, the first thing you should check is the heating element. Read this article to replace an LG oven heating element.

If you have an LG gas oven and it doesn’t heat up properly, the igniter is the first component to check. This article shows you how to replace the igniter in an LG oven.

Step 1: Turn the oven off and unplug it from the outlet.

Step 2: Slide out the racks in the oven.

Step 3: Take out the screws on the upper back wall of the oven securing the element.

Step 4: Also take out the other screws on the top wall of the oven.

Step 5: Lower the broil element and pull it out.

Step 6: Disconnect the wires connected to it.

Step 7: Take out the broil element from the oven. Test the element using a multimeter. If there is no continuity, it will need to be replaced.

Step 8: Get a new broil element and take it to the oven.

Step 9: Connect the wires to the element.

Step 10: Position the element on the top wall of the oven and secure it with the screws.

Step 11: Return the screws on the upper back wall of the oven.

Step 12: Slide the racks back into the oven.

Step 14: Plug the oven into the outlet.

Keep reading if your LG oven is not cooking evenly after replacing the broil element.

Watch the video below for a visual off how to replace the broil element in an LG oven. 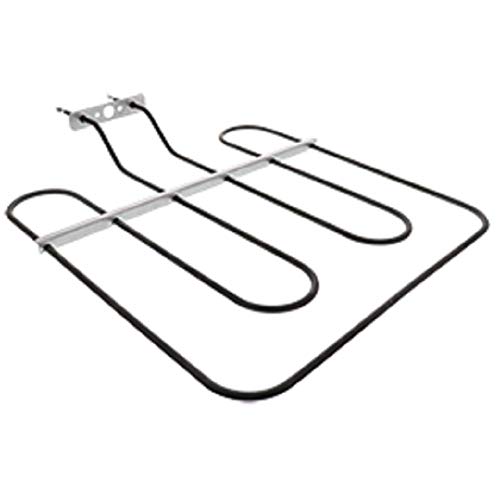 The control board sends signals to the temperature sensor and every other component in the oven to function properly. So if it’s faulty, some components may not perform how they should. Read this article to replace your LG oven’s control board.

The fan in an LG oven circulates the heat to ensure evenly cooked meals. If the fan motor is faulty, the heat won’t be circulated. To replace the fan motor in your LG oven, follow the steps below…

Step 1: Pull the oven away from the wall and unplug it from the outlet.

Step 2: Open the door and remove all the racks in the oven.

Step 3: Take out the screws which secure the interior back panel in place.

Step 4: Remove the panel and set it aside.

Step 5: Take out the bolt in the middle of the fan blade.

Step 6: Slide out the fan blade and washers from the motor shaft.

Step 7: Go to the back of the oven and take out the screws which secure the lower back panel.

Step 8: Lift the back panel and remove it.

Step 9: Take out the three screws securing the fan motor.

Step 10: Unscrew the mounting bracket from the fan motor.

Step 11: Get a new fan motor and screw the mounting bracket to it.

Step 12: Position the fan motor on the oven and hold it in place with the three screws.

Step 13: Reposition the back panel and the screws which secure it.

Step 14: Slide the fan blade and washers back on the motor shaft.

Step 15: Secure the fan blade with the bolt.

Step 16: Reposition the back panel and secure with the screws.

Step 19: Push the oven back to the wall.

Watch the video below for a visual of how to replace the fan motor in an LG oven. 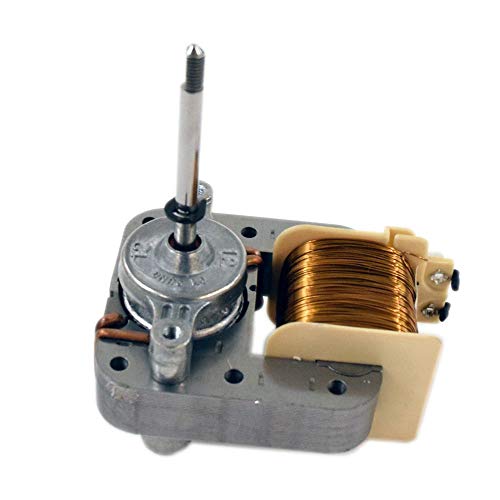 LG Oven Is Not Working [How To Fix]

How To Use The Warming Drawer On LG Oven [Quick Guide]

How To Start An LG Oven & Solutions To “Start” Issues

How To Clean A Cuisinart Oven [Detailed Guide]

LG Oven Cooks Too Fast — How To Fix

Step 1: Pull the oven away from the wall and unplug it from the outlet.

Step 2: Take out the screws which hold the back panel of the oven.

Step 3: Lift up the panel and remove it.

Step 4: Disconnect the wires from the thermostat at the right.

Step 5: Bend the tabs which secure the thermostat.

Step 6: Pull out the thermostat.

Step 7: Get a replacement thermostat.

Step 8: Position the thermostat on the tabs.

Step 9: Bend the tabs back.

Step 10: Reconnect the wires to the thermostat.

Step 11: Align the panel on the oven and hold it in place with the screws.

Step 12: Plug the oven in and push it back to the wall.

The video below will show you how to replace the thermostat in an LG oven. 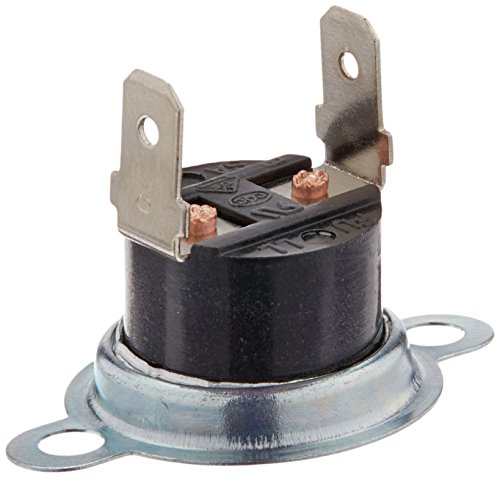