If your LG oven turns off by itself and you want to know the cause and solution, this article is for you.

LG Oven Turns Off By Itself — Causes And Solutions

The reason your LG oven turns off by itself may be because of a faulty temperature sensor, heating element, or control board. Below we show you how replace each one.

To replace your LG oven’s temperature sensor, follow the steps below…

Step 2: Open the oven door and remove the oven racks.

Step 3: Take out the screws securing the sensor to the back wall of the oven.

Step 4: Pull out the sensor.

Step 6: Get a new sensor and connect the wire plug to it.

Step 7: Push the sensor into the hole and screw it into place.

Step 8: Return the racks to the oven.

If your LG turns off by itself after replacing the temperature sensor, keep reading.

The video below will walk you through the process of replacing an LG oven’s temperature sensor step by step. 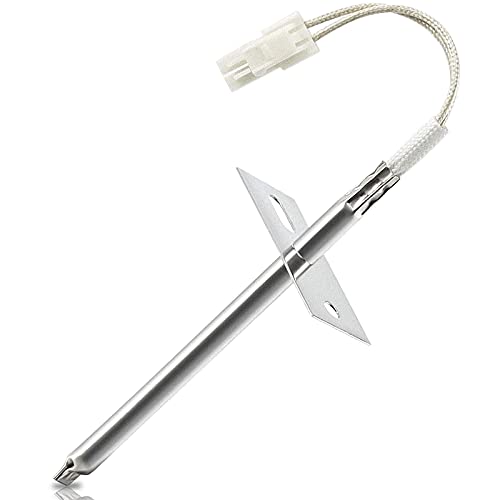 The Bake Or Heating Element

To replace the bake element of your LG oven, do the following…

Step 2: Put on some gloves.

Step 3: Open the oven door and remove the racks in it to make it easier to remove the bake element.

Step 4: Take out the screws close to the back wall of the oven which secure the bottom panel.

Step 5: Lift the panel and push it back to remove it from the oven.

Step 6: Take out the four screws which hold the bake element to the oven.

Step 7: Pull out the bake element and disconnect its wires.

Step 8: Test the bake element with a multimeter. If the element doesn’t have continuity, it should be replaced.

Step 9: Get another bake element and take it to the oven.

Step 10: Connect the wires to the bake element.

Step 11: Secure the bake element using the four screws you removed earlier on.

Step 13: Secure with the screws.

Step 14: Return the racks to the oven.

Step 16: Switch on the circuit breaker.

Read this article to replace the bottom bake element in an LG oven.

Keep reading if your LG turns off by itself after replacing the element.

If you would like a visual of how to replace the bake element in an LG oven, watch the video below. 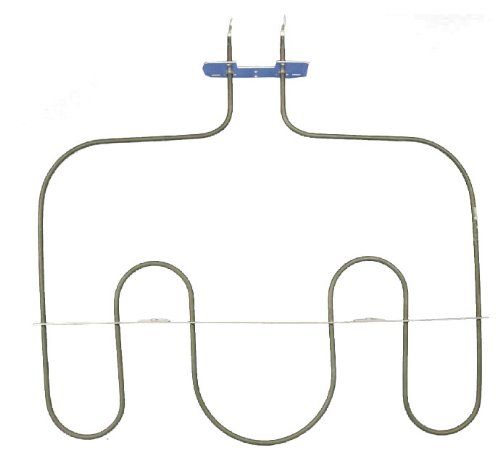 Step 2: If you have a gas oven, turn off the gas supply as well.

Step 3: If your oven is close to a wall, pull it away so that you can easily access the back.

Step 4: Take out the screws which hold the metal pieces under the upper back panel of the oven.

Step 5: Remove the other screws holding the upper panel itself and lift it off.

Step 6: Disconnect the ribbon cable connected to the control board.

Step 7: Note where the other wires are connected to on the control board then disconnect them as well.

Step 8: Disconnect the control board wire plug from the relay board at the right.

Step 9: Disconnect the other control board wire from the power supply board at the left.

Step 11: Get a replacement control board.

Step 12: Position the control board on the assembly and secure it with the screws.

Step 13: Connect the wire plug to the relay board.

Step 14: Connect the other wire plug to the power supply board.

Step 15: Reinsert the ribbon cable in the slot.

Step 16: Reconnect all the wires to the right places on the control board.

Step 17: Align the back panel and return the screws.

Step 18: Also return the brackets and the screws.

Step 19: Push the oven back to its position close to the wall.

Step 20: Plug the oven in and turn on the gas supply if you shut it off earlier.

If you would like a visual of how to replace an LG oven control board, watch the video below. 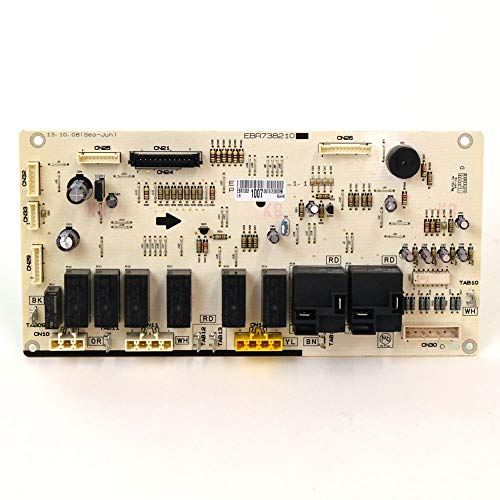 LG Oven Turns On By Itself [Quick Fix]

LG Oven Is Not Working [How To Fix]

Step 2: Remove the grates on the top of the burner.

Step 4: Lift off all the burner bases.

Step 5: There are fifteen screws on the cooktop, take them out with a Philips head screwdriver.

Step 6: Slide a putty knife into the gap between the cooktop and oven to release the metal tabs.

Step 7: Lift the cooktop and pull it out.

Step 9: The door switch is on the left side of the oven. Insert a screwdriver into the opening in the top of the oven on the right to release the metal tabs securing the door switch.

Step 10: Pull out the door switch and disconnect the wires.

Step 11: Get a replacement switch and connect the wires.

Step 13: Reposition the cooktop and push it down.

Step 14: Screw the cooktop back into place with the fifteen screws.

The video below will walk you through the process of replacing the door switch in an LG  oven.