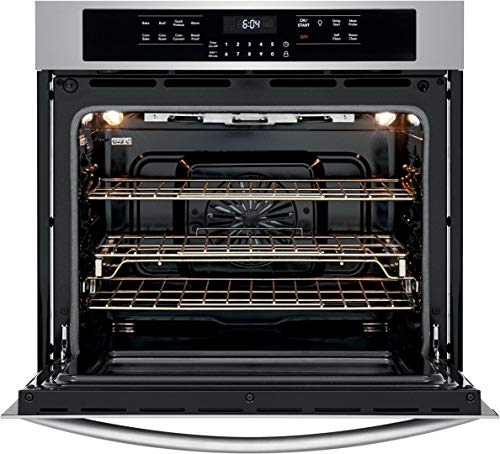 How To Turn Off A Neff Oven Timer

To turn off the timer of your Neff oven, simply press the off button on the control panel.

To turn off the Neff oven demo mode, follow the steps listed below…

Step 1: Switch off the circuit breaker for your oven.

Step 2: Leave the circuit breaker off for 10 minutes.

Step 3: After 10 minute, turn the circuit breaker back on.

Step 4: Turn the oven on and press “Demo Mode”.

Neff Oven Light Won’t Turn Off — How To Fix

If your Neff oven light won’t turn off, you will need reset it. To reset your oven, follow the steps listed below.

Step 2: Find the circuit breaker for your oven and turn it off.

Step 4: After 10 minutes, turn the circuit breaker back on.

If the light still won’t turn off, you will need to call a technician to identify the problem.

While it’s quite normal for the cooling fan to run once you are done cooking, if it runs for more than 30 minutes, there is something wrong. Do not try fixing this yourself as you may end up doing more harm than good. Click here if you would like to have a Neff engineer fix this issue for you.

How To Turn Off Neff Oven Child Lock

To turn off child lock in your Neff oven, do the following…

Step 1: Hold down the bell icon on the oven control panel. Once the oven is unlocked, the key icon on the display will disappear.

Why Did My Neff Oven Just Turn Off?

There is more than one possible reason why your Neff oven will turn off all of a sudden. Below, we have listed each one.

If an oven doesn’t have ventilation, it can easily overheat and turn off. If your oven is hot, leave it to cool down and consider moving it to a place where there can be ventilation.

If the cooling fan motor in your oven is faulty, the fan won’t work, so, the oven will overheat. This in turn will make the oven turn off by itself. To replace the fan motor in a Neff oven, follow the steps listed below…

Step 1: Turn off the circuit breaker for your oven.

Step 2: Take out the racks in the oven.

Step 3: Open the door and flip the hinge locks.

Step 4: Now lift the door off the oven and set it aside.

Step 5: Take out the screws on each side of the oven which secure it to the cabinet.

Step 6: Lift the oven out of the cabinet and place it on a flat and sturdy surface lined with a towel or cloth.

Step 7: Take out the screws on the back wall of the oven interior.

Step 8: Remove the back panel to gain access to the fan blade.

Step 9: Take out the screw in the middle of the fan blade.

Step 10: If the hole in the middle of the fan blade isn’t round, you will need to replace it as well as the fan motor.

Step 11: Turn the oven around.

Step 12: Take out the screws around the back of the oven which hold the panel in place.

Step 13: Remove the back panel of the oven exterior.

Step 14: Note where the wires are connected to on the fan motor then disconnect them.

Step 15: Take out the three screws which secure the fan motor to the back of the oven.

Step 16: Turn the motor anticlockwise and pull it out.

Step 18: Turn the fan motor clockwise to lock it.

Step 19: Return the three screws which secure the fan motor.

Step 20: Connect the wires to the right places on the new fan motor.

Step 21: Reposition the back panel of the oven and hold it in place using the screws.

Step 22: Get a new fan blade if the existing one is damaged.

Step 23: Slide the fan blade in and hold it in place with the screw.

Step 24: Return the back panel of the oven interior and hold it in place using the screws.

Step 25: Lift the oven up and push it into the cabinet.

Step 26: Return the screws on each side of the oven which secure it to the cabinet.

Step 27: Reposition the door on the oven and flip the hinge locks back to secure it.

Step 28: Slide the racks back into the oven.

Step 30: Switch the circuit breaker back on.

If your Neff oven still turns off by itself, keep reading.

Watch the video below for a visual of how to replace the fan motor and fan blade in a Neff oven.

How To Clean A Neff Oven [Detailed Guide]

How To Replace A Neff Oven… [Detailed Guide]

Step 1: Turn off the circuit breaker.

Step 3: For ease of access, you will need to remove the door. Flip the door hinge locks.

Step 4: Push the oven door till it’s slightly open then grip the sides and lift it off.

Step 5: Take out the racks in the oven.

Step 6: On the upper left corner of the oven, you should see the temperature sensor held in place by two screws. Take out the screws.

Step 7: Pull out the temperature sensor. Be careful so that the wire doesn’t disconnect as you do so.

Step 8: Once you see the temperature sensor wire connector, stop pulling it.

Step 10: If the temperature sensor is faulty, get a new one.

Step 11: Connect the wire connector to the new temperature sensor.

Step 12: Push the temperature sensor back in.

Step 13: Hold the temperature sensor in place with the two screws.

Step 14: Return the racks to the oven.

Step 15: Lift the oven door and sit it back on the oven.

Step 16: Flip the hinge locks to secure it.

Step 18: Switch the circuit breaker back on.

The video below will walk you through the process of replacing the temperature sensor in a Neff oven.