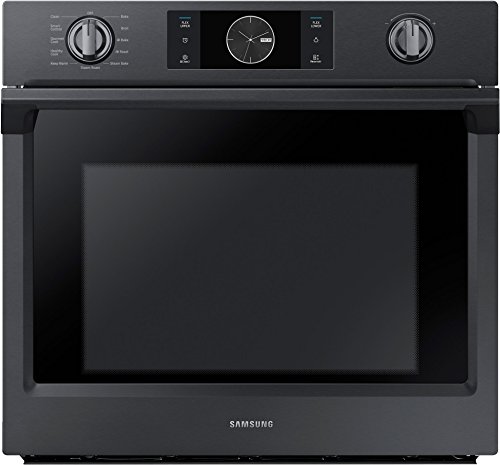 Samsung Oven Broiler Not Working — How To Fix

Step 1: Switch off the oven’s circuit breaker or unplug the power cord.

Step 2: Pull out the oven from the cabinet.

Step 3: Using a Philips head screwdriver, take out the screws around the back of the oven which hold its lower panel in place.

Step 4: Lift the panel off and set it aside. Be careful as the edges of the panel are sharp.

Step 5: Disconnect the wires connected to the broil element terminals.

Step 6: Get a multimeter and turn it to the ohms setting.

Step 8: Disconnect the wire plug connected to the temperature sensor.

Step 9: Go to the front of the oven and open the door.

Step 11: Close the door till it can’t go any further then lift it off.

Step 12: Set the door on a cloth lined surface.

Step 13: Slide out the racks in the oven and set them aside.

Step 14: On the upper back wall of the oven, you will see the temperature sensor in between the broil element. Take out the Philips head screws which secure it.

Step 16: Take out the two screws on the back wall of the oven which secure the broil element.

Step 17: Take out the other two screws on the top wall of the oven which hold the broil element. Support the element while taking out these screws so it doesn’t fall.

Step 18: Take out the broil element from the oven and get a new one.

Step 19: Position the new element in the oven and insert the terminals into the back wall of the oven.

Step 20: Return the screws at the top of the oven interior which secure the broil element.

Step 21: Return the other two screws on the back wall of the oven which secure the element as well.

Step 22: Reinsert the temperature sensor in the oven and hold it in place with the two screws.

Step 23: Slide the racks back into the oven.

Step 24: Lift the oven door and position the hinges back into the slots on each side of the oven.

Step 25: Flip the hinge catches back.

Step 26: Close the oven door and go to the back of the oven.

Step 27: Reconnect the wire plug to the temperature sensor.

Step 28: Also reconnect the other two wires to the broil element.

Step 29: Reposition the oven’s lower back panel and hold it in place with the Philips head screws.

Step 30: Plug the oven back in and push it to the cabinet.

Also follow the steps above if your Samsung oven is stuck on broil.

If you would like a visual of how to replace the broil element in a Samsung oven, watch the video below.

Samsung Oven And Broiler Not Working — How To Fix

Step 1: Switch off your oven’s circuit breaker or unplug it from the outlet.

Step 2: To gain access to the back, pull the oven away from the wall.

Step 3: Using a screwdriver, take out the Philips head screws which secure the upper back panel of the oven.

Step 4: Remove the upper back panel and set it aside.

Step 5: Take a picture of where the wires go on the control board.

Step 6: Disconnect the wires connected to the control board.

Step 7: Take out the screws around the control board on the black plastic frame.

Step 8: Remove the control board and get a new one.

Step 9: Position the new one on the black plastic frame.

Step 10: Hold the control board in place with the screws.

Step 11: Using the picture you took for reference, reconnect all the wires to the control board.

Step 14: Plug the oven back in or turn on the circuit breaker.

Step 15: Push the oven back into place.

The video below will walk you through the process of replacing a Samsung oven control board.

How To Preheat A Samsung Oven [& Related Issues Solved]

Samsung Gas Range Will Not Light [Why & How To Fix]

How To Set The Clock On A Samsung Oven [Detailed Guide]

Samsung Electric Oven Broil Works But Not Bake — How To Fix

If only broil works in your Samsung electric oven, the bake (also known as the heating element) is faulty. Below are the steps you need to follow in order to replace the bake element in a Samsung oven…

Step 1: If your oven is close to a wall, pull it away.

Step 2: Unplug the oven’s power cord or switch the circuit breaker off.

Step 3: Take out the Philips head screws around the back of the oven which secure the lower panel.

Step 4: Carefully grip the panel and lift it up. The edges of the panel are sharp so take care as you remove it.

Step 6: Pull out the power cord.

Step 8: Set the mounting plate aside.

Step 9: Disconnect the wires from the terminals of the bake element.

Step 10: Get a knife and cut the insulation covering the bake element.

Step 11: There will be one screw next to each terminal. Take out the screws to release the bake element.

Step 12: Remove the element from the oven and get a new one.

Step 13: Slide the new bake element into the opening at the back of the oven.

Step 14: Return the screws which hold them in place.

Step 16: Secure the terminal block to the mounting plate using the screws.

Step 17: Screw the power cord back to the terminal block.

Step 18: Reconnect the wires to the bake element.

Step 19: Reposition the back panel of the oven and hold it in place with the screws.

Step 21: Push the oven back to its usual position.

The video below will show you how to replace a Samsung oven bake element. 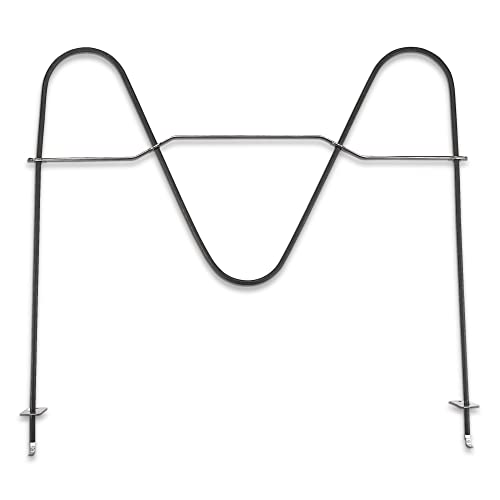 If your Samsung oven broiler works but doesn’t bake, the igniter is faulty. To replace your Samsung gas oven’s igniter, do the following…

Step 1: Switch off your circuit breaker.

Step 2: Pull out the warming drawer at the bottom of the oven.

Step 4: Slide out the racks in the oven.

Step 5: Take out the two Philips head screws on the bottom of the oven using a screwdriver.

Step 6: Lift the bottom panel out of the oven.

Step 7: Using a Philips head screwdriver, take out the screws which secure the heat shield.

Step 9: On the left side of the burner tube, you will see the igniter held in place by two screws. Take out the two Philips head screws which secure the igniter.

Step 10: Go to the bottom of the oven and disconnect the wire harness connected to the igniter.

Step 11: Remove the igniter and get a replacement.

Step 12: Screw the new igniter to the burner tube and reconnect the wire harness at the bottom.

Step 13: Reposition the valve shield and secure with the screws.

Step 14: Return the bottom panel and the Philips head screws which secure it.

Step 15: Slide the racks back into the oven.

Step 16: Slide the oven’s bottom drawer back in.

Step 18: Switch the circuit breaker back on.

The video below will show you how to replace the igniter in a Samsung gas oven. 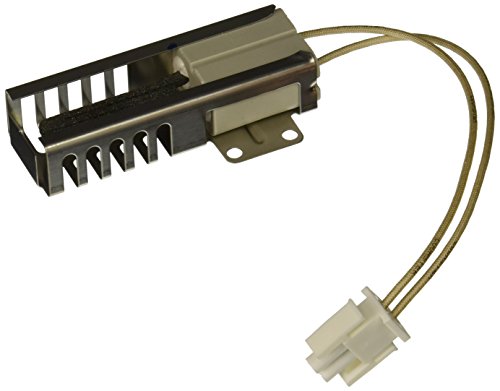 While baking, the oven uses both the top and bottom element to heat food evenly. Moderate temperatures are used during the baking to ensure the oven is cooked on the inside as well as the outside. However, broiling is used to brown or crisp up the exterior of meat or other foods.

The broiler is normally used after the food is well cooked in order to get a browned or crisp appearance. The broil element on the top of the oven uses high temperatures in order to make this happen. Note that the broiler cannot be used in place of baking as it will result in your food having an uncooked interior.

To use your Samsung oven broiler, follow the steps listed below…

Step 1: Turn on the oven and press the “Broil” button once for high or twice for low.

Step 3: Once the oven is hot enough, open the door and place your food inside.

Step 4: After broiling, take out your food and press the “Clear/Off” button.

While baking, the Samsung oven broiler will cycle on and off. This is to ensure that your food cooks evenly. If your oven broil element stays on throughout the baking process, you should call a technician to determine the problem.

Where Is The Broiler In My Samsung Oven?

Your Samsung oven broiler is located on the upper wall of the oven interior.

The temperature for low broiling is 400 degrees F.

The temperature for high broiling is anywhere from 500 – 550 degrees F.