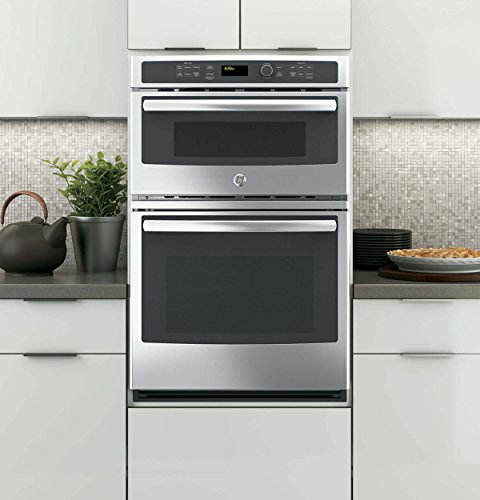 Does My GE Oven Have A Fuse?

Yes, it does. Every GE oven has a fuse located at the back.

If your GE oven blows the fuse, it may be because it’s overheating. This problem may also occur after using the self clean feature. Since the oven reaches high temperatures during the self clean cycle,  it is possible for it to overheat and cause the thermal fuse to blow.

Where Is A GE Oven Fuse Located?

The fuse is located at the back of the oven behind the panel. You should see the fuse close to the terminals of the heating or broil element.

The fuse in your GE oven looks like an upside down “n” shape and has two wires connected to the terminals. It is held in place with one screw.

How To Replace A GE Oven Blown Fuse

To replace the thermal fuse in a GE oven, follow the steps listed below…

Step 1: Pull out the oven and unplug it.

Step 3: Set the lower back panel aside.

Step 4: You should see the thermal fuse close to the terminals of the broil element.

Step 5: Take out the screw which holds the thermal fuse to the oven.

Step 6: Disconnect the two wires from the thermal fuse. Note where each one goes to ensure that you install the new thermal fuse properly. Click here to know how to test if your thermal fuse is faulty or not.

Step 7: Get a new thermal fuse and connect the two wires to it.

Step 9: Reposition the lower back panel of the oven and secure it using the screws.

Step 10: Plug the oven back in and push it back to its usual position.

Watch the video below for a visual of how to replace a GE oven blown fuse.

GE Oven Will Not Turn Off [How To Fix]

How To Replace A GE Oven Faceplate [Quick Guide]