Replacing the insulation in an oven isn’t so easy, but if you know how to do it the right way, it’s pretty straightforward. In this article, we will walk you through how to replace a GE oven insulation.

Can You Replace The Insulation In An Oven?

How Much Does It Cost To Replace Oven Insulation?

How To Replace A GE Oven Insulation

To replace the insulation in your GE oven, follow the steps listed below…

Step 1: Unplug the oven from the outlet.

Step 2: Open the oven door and flip the hinge locks.

Step 3: Grip the sides of the door and and lift it off.

Step 4: Take out the screws which hold the upper and lower back panel of the oven in place.

Step 6: Go back to the front of the oven and take out the screws which secure the cooktop. The screws will be underneath it.

Step 7: Lift off the cooktop and set it aside.

Step 8: Take out the screws which secure the cooktop panel.

Step 9: Cover the cooktop with a towel.

Step 10: Go to the back of the oven and take out the screws on the sides.

Step 12: Take out the four screws that are know visible.

Step 13: Pull out the bottom drawer of the oven.

Step 14: Lift the cooktop panel up and support it using a thick wooden block.

Step 15: Pull out the two side panels of the oven.

Step 16: Take out the two screws which hold the door latch in place.

Step 17: Take out the connecting rod.

Step 18: Take out the screw at the back of the oven and the other one at the bottom of the insulation cover.

Step 19: Do the same with the other side.

Step 21: Position the new insulation on the oven.

Step 22: Return the side cover of the insulation and secure it with the screws.

Step 23: Return the other side cover as well.

Step 25: Reposition the door latch and hold it in place with the screws.

Step 27: Return the side panels of the oven.

Step 29: Push the control panel assembly forward and hold it in place with the four screws.

Step 30: Return the screws at the back of the oven which secure the side panels.

Step 31: Remove the towel from the top of the oven and return the screws that hold it in place.

Step 33: Hold the cooktop in place with the two screws underneath it.

Step 34: Reposition the back panels and the screws which secure them.

Step 35: Return the oven door and flip the hinge locks to secure it.

Step 36: Plug the oven back into the outlet. 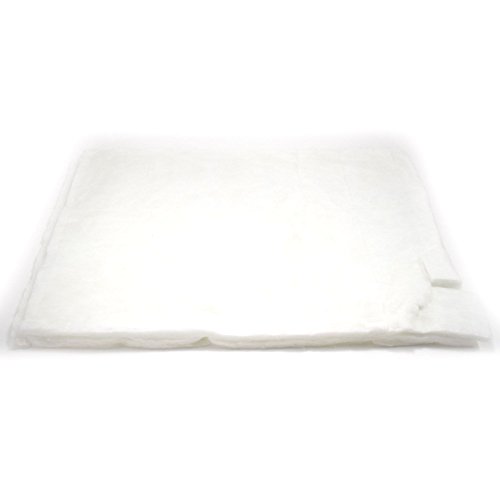 GE Oven Smell [How To Fix]

How To Use A GE Oven [Detailed Guide]

How To Replace A GE Oven Sensor [Quick Guide]